All Trumped Up! Part One 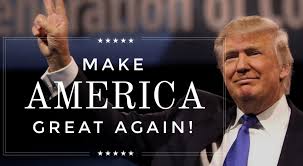 I have always held a certain dislike for Donald Trump, at least for as long as I remember hearing about his exploits. Personally, I have always found something irritating about audaciously rich, successful, boisterous personalities and ‘The Donald’ fits that profile. In all candor, I am sure some of this is due to a certain level of envy on my part as well as Mr. Trumps annoying narcissism. But, after announcing his candidacy for President of the United States, I am beginning to look at Donald Trump in a somewhat different light.

The shift in my feelings toward Mr. Trump came on Aug. 6, 2015 in the wake of the opening question during the most watched Presidential primary debate in history. It was obvious, the fix was in. Employing despicable tactics, long practiced by PBS, ABC, CNN, et al., Fox News waded into the the very same “mainstream media” pig trough it had so vociferously railed against in the 2012 election cycle. It was clear, from that point on, the “Rockefeller Republicans” wanted Mr. Trump stopped and Fox News was all too willing to obey their marching orders. All of a sudden, I am rooting for ‘The Donald’. After the debate, I had to take stock of my position.


As of the last edition of The Pavo News in January 2009, I had put much of politics on the back burner. At the time, I had an idea what was coming (see ‘Editors Rant: Obamessiah - Fooled Again’ from the Pavo News), who was piloting the runaway train and the insanity of the passengers who purchased tickets for this ride over the cliff (the ‘sheeple’ had gotten what George Soros had paid for). We had a new regime hell bent on fundamentally destroying the soul of this once great nation and there was nothing but quisling, boot-licking toadies in opposition. There was no one worthy, willing or capable of hoisting the standard on the battlefield to save America. My resolve faltered and I began to accept our pitiful fate as unalterable. There was no voice speaking out for ‘The Forgotten Man’ against the madness unleashed by the present administration. Then came Donald Trump, shooting straight and from the hip, unapologetic, swinging back at the vapid lap dogs of the mainstream media and speaking the language of what was once called, “The Silent Majority”. My interest was piqued. And then, on Aug. 21, 2015, I watched the massive Mobile, Alabama campaign rally, attended by 30,000 plus supporters. Once again, my perspective was altered.

Now ... now here was a man unabashedly courageous in his stance against the political status quo. Here was a man sounding like men of old. Real men! A man that will put fear into the hearts of cosmetics wearing, ‘man-bag’ carrying, East Coast metrosexuals. A man who would never consider a mentally unstable, has-been athlete, who takes on a female name and flounces around in a tutu, to be a hero. A man who remembers when real men didn’t eat quiche (and if they did, they had the decency to do so in private). A man exuding the power and strength of masculinity in its righteous form. A man’s man, so to speak (in a purely heterosexual way, for those ‘millennials’ that need clarification).

Here is a man who is suffering the slings and arrows of the outrageous left, the establishment right, the entrenched bureaucracy and the media elite. And yet, he still stands. Why? Any other person, under the same circumstances, would have folded like a Frenchman in the face of the German Wehrmacht.