‘Let the Virus Run its Course?’ 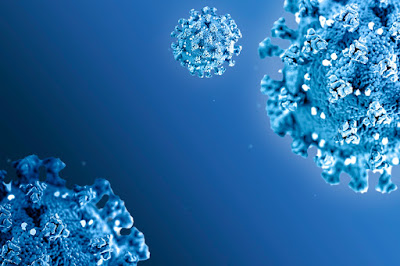 First, let us realize that for the majority of individuals who have contracted the virus and are under 60 years of age, the chance of death is minimal. And in the majority of these cases, the symptoms, if they exist at all, are no worse than an ordinary flu.

Now, without taking away from the seriousness of the pandemic, let us put it into some form of rational perspective:

As of 10/20/2020, and since the first confirmed case in the United States, ten months ago, 2.49% of the population has been diagnosed with COVID-19. Note: These figures do not take into account the 15 million to 20 million illegal aliens unlawfully residing in our country and being counted in statistical data.

As of 10/20/2020, and since the first confirmed case in the United States, ten months ago, 0.066% of the population (sixty-six one thousands of one percent) have been recorded to have died due to COVID-19.

In the United States, 0.202% (two hundred and two one thousandths of one percent) of COVID-19 deaths occurred in school / university age youths between the ages of 5 and 24 years making the number of deaths in that demographic 411 persons. Note: This makes COVID-19 3 times less lethal to youths and young adults in comparison to America’s last pandemic, the H1N1 Swine Flu of 2009-10. During that crisis, 1,229 children between 0-17 years of age fell victim to the Swine Flu from April 2009 to January 2010. 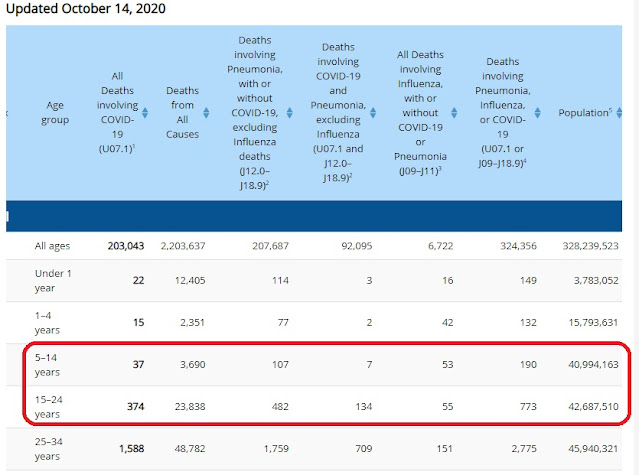 According to the CDC, of all recorded COVID-19 deaths, only 6% (12,174) can be attributed to COVID-19 alone. In the remaining 94% of deaths the patients have had an average 2.6 additional conditions or causes of deaths, such as heart disease, diabetes, and sepsis (comorbidities).

Approximately 6% of cases and deaths reported by the CDC are undetermined and have been deemed ‘Expanded Case Definition (Probable)’ by that agency and erroneously (or deceptively) included in the nationally confirmed COVID-19 case and death counts.

According to data supplied by the World Health Organization, COVID-19 has infected 0.54% (fifty-four one hundredths of one percent) of the world population.

The same data reveals that COVID-19 deaths have been recorded in 0.014% (fourteen one thousandths of one percent) of the world population.

For example, it is a fact that this author lived through, and survived, the far deadlier world pandemic of the 1968-69 H3N2 Hong Kong Flu (have you ever noticed that all mention of this pandemic is avoided or shunned as if it were a plague itself). The Hong Kong Flu killed an estimated 1 to 4 million people worldwide. Adjusting those numbers for world population growth since 1969 the numbers are 2,207,130 to 8,828,522 worldwide deaths. Presently, the World Health Organization is reporting a total of 1,116,131 (10/20/2020) death due to COVID-19 thus making this virus one half to possibly 7.9 times less deadly than the Hong Kong Flu. For those of us in the United States who have lived through that earlier pandemic I ask, do you remember our response? That is correct ... very limited in its scope. We did not cripple our economy and means of production, we did not put tens of millions of Americans into potentially crushing debt and poverty, we did not further bankrupt our country with TRILLONS of dollars in new debt and we did not use the crushing force of government and law enforcement to dictate a requirement and burden on healthy individuals such as being made virtual prisoners in our homes, forced to wear (in what has proven worldwide to be highly ineffective) face coverings, et al. At that time, we did our best to protect the vulnerable, we kept commerce and production, the life blood of our nation, flowing, we accepted the fact we are often at the mercy of nature, we mourned our dead, we gathered together to attended their funerals and moved forward living all facets of life as it should be lived!

It is, and has been, this authors opinion that we must accept reality, push past our fear and subscribe to the realization that our only viable and proper course of action is to focus on protecting the most vulnerable of society while letting the virus run its course.